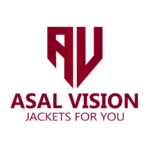 People around the world have got a craze for lively fun festivals.

These festivals have something about them that keeps people so much in awe of them.

So much so that most of such events are sold out even before the booking dates expire.

You can say they give people a taste of life and make them feel more alive because there’s so much happening at fun festivals.

Now talking of festivals there’s a big one taking place year after year in the US.

And that’s The Comic Con!

Comic-Con is the biggest comics convention at the moment with thousands of members and millions of fans worldwide.

But do you wonder how it all started?

Well, the mammoth event was the brainchild of a bunch of famous American comic writers and publishers.

To give you a few names, they were: Shel Dorf, Ken Krueger, Mike Towry, etc.

They all came together back in 1970 and started off this venture.

Ever since the 70s the show has been a huge success – get it from the fact that overcrowding is now a problem at this show.

The Comic-Con franchise is now huge.

It has many shows and events going on in different parts of the world apart from the main show in San Diego.

Now let’s take a look at some of the events that are spin-offs of the real deal.

The show became part of the Comic-Con international family in 2001, to be precise.

The show is a hit because people love to hear stories about their favorite movies and to have a peek into the BTS (Behind the scenes).

The Inkpot Award ceremony started back in 1974.

In the ceremony, successful people from all walks of the comic world including popular culture, comic strips, sci-fi, etc. are honored.

And since Comic Con has a lot of brand appeal, the awards mean the world to whoever gets it.

In the last almost 50 years 100 individuals have been bestowed with this prestigious award, recognizing their talent.

Right, so let’s move on…

The comic con festival has also left quite an impact on the print media.

They launched an exclusive magazine titled “Update” in July 2005. Then the name was changed to simply Comic-con Magazine.

The mag features everything that you can expect from printed issues of that sort.

For example, there are exclusive interviews, award ceremony commentary, lists of nominees, the latest news, upcoming projects, and more.

The magazine is a must-read for all comic fans!

A Revolution In the Fashion World

Well, it’s usual for such a mighty, vibrant event like Comic Con to leave a heavy impact on the fashion world.

People that come to the festival wear all kinds of exciting garbs and attire, each standing out.

You may find the best comic con outfits on this website for the most economic rates.

Finally, let’s talk about the overcrowding and mismanagement of tickets that have been recently seen at the comic con San Diego.

Well, considering the size and extent of the show influx of participants is understandable.

But, recently there were a few serious injuries at the show caused not only by lack of management but also hooliganism.

Ever since this got media attention the management beefed up its security and safety plans.

And, now it’s hoped that no such incidents will occur in the future.

The comic con festival in San Diego is a world-class festival based on the theme of comics and fiction.

The event draws hoards and hoards of fans each year.

It has influenced not only mass media but also the “what-to-wear” and fashion trends.

The latter is one big reason why you should not miss the show at any cost and follow the latest updates to stay on top of fads.

To get the tickets to the upcoming show take a cruise through their official site.

Hope you have a great time meeting your favorite comic stars there!